THE McGowan Government has moved quickly to alter its declaration closing gun shops and firearm dealerships, which was announced on March 27, after it created a problem for some hardware shops and other outlets.

The same day Nationals WA leader Mia Davies had tweeted there was no disagreement with the clamp down on gun sales during the coronavirus crisis but members of Parliament had been inundated with calls from local governments, shop owners, health facilities and agricultural sector members as the declaration also applied hardware stores and stores supplying agricultural products that were also licensed to sell guns and ammunition.

“These stores also sell gas, including medical grade gas to health facilities and supply industrial estates in their region,’’ she said.

“On balance, the gun sales are a small percentage of their business and not their main purpose for being.’’

The original declaration signed on March 27 by Police Commissioner Chris Dawson, who is also the state emergency coordinator, was revoked and replaced with a new declaration on March 28.

The new declaration said the intention of the direction was to only close that part of a place of business that was used for the sale of firearms and ammunition.

The declaration said proof by way of a statutory declaration could be required to establish that a person fell within one or more of the above categories. 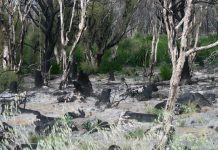 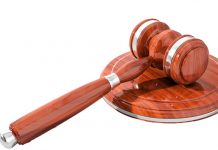