BOTH paid and free parking will apply for people parking at the Guilderton foreshore during Easter and the school holidays.

But there will also be a designated free all-day parking area at the lookout off Gordon St and temporary periods of free parking in the foreshore river reserve area.

Cr Collard said there would be a five-minute unloading zone permitted adjacent to the ablutions on the grassed area, 30-minute parking permitted at the Guilderton General Store & Café for shopping and 10-minute boat rigging and de-rigging bays allocated on the driveway leading to boat ramp.

In December 2016 the plan to roll out parking meters on the foreshore was a hot topic at the annual general meeting of electors held in Guilderton.

At the meeting more residents spoke against the shire’s plan to introduce metered parking at the foreshore car park than spoke for the proposal.

When then president David Roe called for a show of hands a clear majority of residents approved of a motion calling for the shire to early next year reconsider having paid parking at the foreshore.

Cr Roe, other councillors and staff tried to appease the majority of residents by saying only day trippers would be charged but most remained convinced paid parking would be detrimental for businesses in the coastal town.

On Thursday Cr Collard said the decision had always been about managing the skyrocketing congestion at the foreshore river reserve during peak periods as well as recovering costs to meet increasing maintenance work.

“We understand this decision isn’t popular with some people but we’ve received more community support for the decision than not – particularly from many Guilderton residents who are themselves dealing first hand with all the issues arising from congestion and loss of amenity,” he said.

“As a council, we feel we have developed a fair and balanced approach to the issue by including free parking periods on the foreshore river reserve for unloading and shopping and we appeal to both visitors and locals to support this decision and help us continue making Guilderton a beautiful tourist destination for everyone to enjoy for many years to come.” 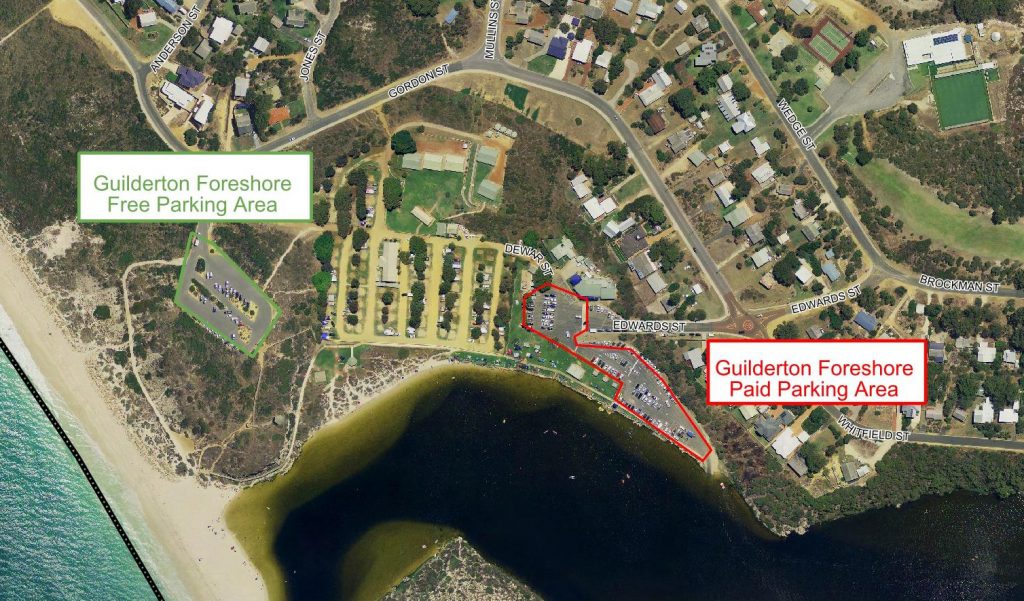 Paid parking is applicable from Monday to Sunday (including public holidays) from 7am to 7pm and will cost $2 an hour or $10 a day.

Cr Collard said all monies received from paid parking would be set aside and used exclusively for maintaining the foreshore river reserve area.