WA Police have seized a vehicle, which was found on fire on the corner of Hopkins and Hakea roads in Nowergup yesterday.

A WA Police spokesman said the Department of Fire and Emergency Services had found the burning vehicle about 1.40pm.

Once the fire was extinguished police seized the vehicle to examine it.
It is believed to be a grey coloured 2017 Grand Jeep Cherokee – registration 1GLL323 – stolen from a home in Hocking on Monday, July 27.

On Monday police were called to the house fire on Welstead Way about 7.10pm.

A bedroom in the home was badly damaged by the fire with damage estimated at $100,000.

The occupants were not home at the time and the fire is being treated as suspicious.

Police believe the offender/s fled the home in the stolen Grand Jeep Cherokee.

They also believe the incident is linked to an earlier incident in Hocking about 5.30pm on Monday when a white Toyota Hilux utility rolled over on East Rd near Copenhagen Dr and the sole occupant of the vehicle, the male driver ran from the scene.

Police would like to speak to anyone who saw any of the incidents and in particular a member of the public who ran after the driver of the crash.
Anyone with information, dash-cam or CCTV relating to these incidents is ask to come forward and call Crime Stoppers on 1800 333 000 or report online at www.crimestopperswa.com.au

Man due back in court after Alkimos shooting 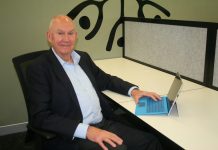 Learn how to keep your business on the road to success

Man due back in court after Alkimos shooting