ONCE the warmer weather appears the metabolism of spiders increases and they become visible in and around the house, garden and fence lines as they construct webs to catch and store food to supply spiderlings hatching from egg sacks.

Spiders are undesirable co-habitants for different reasons and as a result a pest control professional may be engaged to rid a property of them.

The main reasons reported to pest controllers for a spider treatment typically relate to fear surrounding a bite to family members, the unsightly messy webbing habits of house-proud homeowners or simply the sight or thought of the spider itself.

The most common spiders encountered in and around a property house are the redback spider, black house spider, huntsman spider, white tailed spider and daddy long legs spider.

The redback spider lives predominantly in dry areas under patio furniture, fence lines, in letterboxes, stored garden rubble and under the lips of pot plants or children’s plastic sandpits.

According to the Department of Primary Industries and Regional Development website the only spider proven to be lethal in Western Australia is the female redback spider.

“There has been an effective antivenene for this spider since 1956 and there have been no deaths from a redback spider bite in Australia since 1955,’’ the website said.

“Untreated, the symptoms worsen over a 24-hour period and may take weeks or months to heal.

A bite is painful, and signs of having been bitten include localised swelling and redness.

The huntsman spider is large, hairy and lives harmoniously in colonies.

Discovered under bark on trees or under rocks they may also surprise you by appearing from behind curtains.

Nocturnal by nature they hunt insects.

They are fast, agile and run sideways and are not considered dangerous, but the bite is painful. 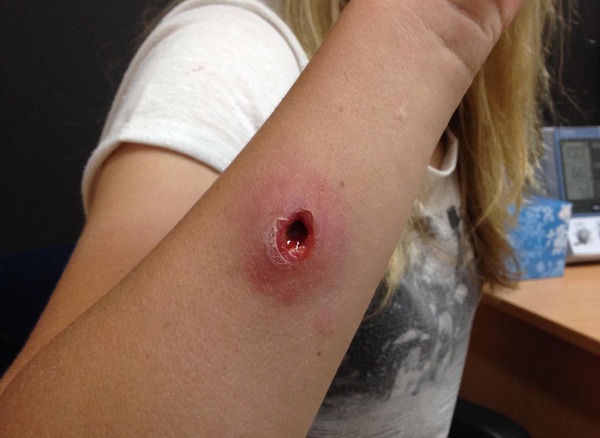 The white-tailed spider is found inside homes and outside.

Predominantly nocturnal, they prey on other spiders.

They may find their way inside the home by hitching a ride in the washing or through unsealed fly screens.

They are non-webbing and live in areas such as under the lip of benches, tables and beds.

Symptoms of a bite include a burning pain, followed by swelling and itchiness and necrotic ulceration of the skin may occur.

The daddy long legs spider lives predominantly inside, spinning messy tangled webs behind furniture and secluded areas where it is unlikely to be disturbed.

The fangs of this spider are unlikely to penetrate human skin.

Family members should familiarise themselves with spider bite first aid procedures and it is advisable to seek medical attention if you suspect you or someone else has been bitten by a spider.

A reputable, registered pest controller can safely and effectively treat the spiders around your property to give you and your family protection from spiders and the unsightly mess of webs they construct, ensuring peace of mind.

The advice given here is general in nature – and your specific situation should be discussed with your pest controller.

Burnt out service station targeted by thieves and the curious

Burnt out service station targeted by thieves and the curious

ABOUT US
Yanchep News Online ® is your portal for news, sports, business and real estate in Yanchep, Gingin and the surrounding areas.Click here for more about us.
Contact us: anita.mcinnes@yanchepnewsonline.com.au
FOLLOW US
© Copyright 2015 - Yanchep News Online