THE Ashley Maley-trained Megazone, who won his last start despite a major bushfire interrupting his preparation, has drawn barrier three in the Craig Hosie Birthday Handicap (1600m) at Ascot tomorrow.

After the four-year-old gelding’s win in a 1400m handicap on Wednesday, December 18 Maley said he had run a tough race without any cover.

“I was hoping he was going to get some cover at some stage,’’ he said.

“But we just didn’t get any cover at all any of the way through so he’s pretty tough.

“He is a really nice horse though.

“Supremely proud of him seeing as though he missed out on work on Saturday and Sunday so he’s done a big job.’’

Where Maley has his stables at Neergabby in the Shire of Gingin was affected by the Yanchep bushfire, which started on December 11 in the S-bends on Wanneroo Rd not far from the Yanchep Beach Rd and Indian Ocean Dr intersection.

The severity of the bushfire and the high temperatures meant Neergabby was placed on an emergency warning on Friday December 13 before the alert for the area was downgraded to an all clear on Monday, December 16.

During that time Maley said Megazone had had a few days off with only some work on the Monday.

Apprentice jockey Jade McNaught again has the ride and with her 1.5kg claim Megazone will carry 54.5kg.

The favourite Not to be Mist with jockey Clint Johnston-Porter on board will jump from barrier one.

Maley has three other starters at Ascot tomorrow – Majinika (barrier 4) to be ridden by jockey Jarrod Noske will come up against This’ll Testya (barrier 10) in the Western Racepix Handicap (1200m).

Why Choose Her will step up in distance and carry an extra 2.5kg from her previous start when she and McNought jump from barrier four in the D’Orsogna Handicap (1400m).

Noske also has the ride on Arnie’s Boy in the Crown Perth Handicap (1800m).

He ran second in a 1600m race at Pinjarra on December 8 and the last time he started in an 1800m race in December last year he finished eighth.

Friar Fox will be ridden by jockey Steven Parnham, carry 54.5kg and start from barrier 6. 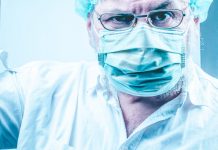 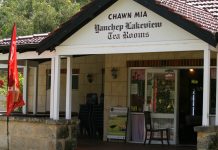 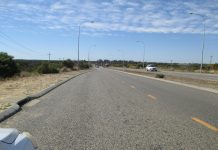