THE RAC Rescue helicopter has been called to a motorcycle crash in the Pinjar pine plantation.

At 4.48pm the Department of Fire and Emergency Services statement said the RAC Rescue helicopter was taking a woman to Royal Perth Hospital following a motorcycle crash in the Pinjar pine plantation.

“The emergency rescue helicopter is expected to land at the hospital around 4.50pm,’’ the statement said.

Funded by the state government, the RAC Rescue helicopters are managed by the Department of Fire and Emergency Services. 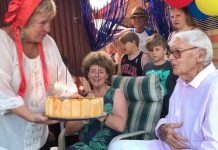