BUSH Forever land will need to be cleared to allow access and commercial facilities to be built at Capricorn Yanchep foreshore.

The City of Wanneroo has approved a foreshore management plan for the area and a report prepared for developer Capricorn Village Joint Venture by strategen Environmental said a native vegetation clearing application had been lodged with the Department of Water and Environmental Regulation (DWER) on October 11 last year for approval to clear about 2.4ha.

The August 2018 report said “about 1.7ha of vegetation containing foraging habitat but a lack of suitable plant species for Carnaby’s black cockatoos” would need to be cleared to allow some development in the area.

The report said the proponent’s fauna assessment by Bamford Consulting Ecologists 2017 suggested that the Carnaby’s black cockatoo was an irregular non-breeding visitor to the area.

“The proposed clearing is not expected to result in a significant impact to the Carnaby’s black cockatoo therefore the proposed foreshore development will not be referred to the Department of Environment and Energy for assessment under the Environmental Protection and Biodiversity Conservation Act 1999,’’ the report said.

Under the Environmental Protection and Biodiversity Conservation Act 1999 actions that have or may have a significant effect on a matter of national importance require approval from the federal Environment Minister Melissa Price.

The report said DWER would determine if the impacts to the Bush Forever site resulting from the coastal node development are considered significant and will advise on any requirements to offset these impacts.

“No clearing will be undertaken within the Bush Forever site until DWER has granted the clearing permit,’’ the report said.

“It is noted that the native vegetation clearing permit will not be formally granted by DWER until both the foreshore management plan and associated development application have been approved by the City of Wanneroo.’’ 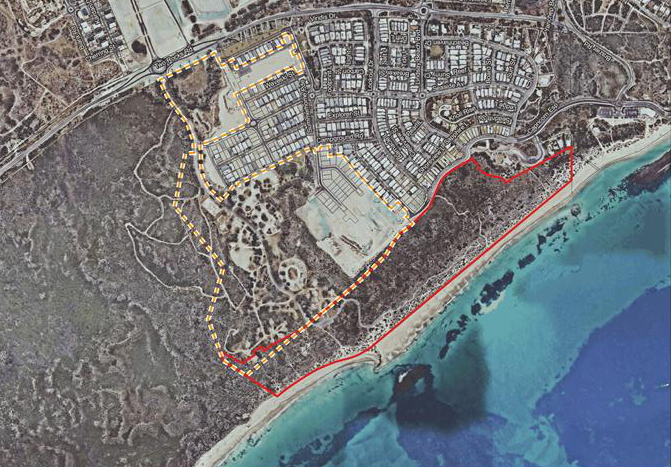 “On this basis, the foreshore management plan will be required to be approved by the council and provided to the Western Australian Planning Commission for information purposes only,’’ the City of Wanneroo officer’s report said.

The officer’s report said the proposed development had a coastal frontage of about 1.3km and 23.8ha in area.

The northern boundary extends to the regional open space (reserve 32510) while the southern boundary is bound by Newman Park “A” reserve, which includes Yanchep Lagoon.

It is part of Bush Forever site 397 and is zoned parks and recreation by the metropolitan region scheme and is classified as a district beach, in accordance with the Yanchep – Two Rocks district structure plan (2010).

The report said a district beach was defined as being used by people living in the vicinity and could be accessed by foot, bicycle and car.

District beaches have some recreational attractions in addition to the beach.

Appropriate facilities will include car parks, cycle racks, toilets, showers and a kiosk.