Cr Roberts said Anzac Day was a day to reflect on the sacrifices of those who fought in the Great War, the wars that followed and the sacrifices made by those who kept the home fires burning, the country’s borders protected and the nation going during times of immense global conflict.

“We also take time to reflect on those who still protect us today both here at home and the more than 2300 men and women currently serving abroad and their important contribution to upholding our Australian way of life.’’

She said being in the national park reminded her of the contribution animals had also made to the war effort.

“We have our own memorial here in the City of Wanneroo to the 10th Light Horse – the 600 men and their mounts stationed in Wanneroo from 1943-1944 who patrolled our coastline during World War II to guard against the threat of Japanese attack.

“There were also 23 men from the Wanneroo district enlisted in World War I at a time when Wanneroo’s population was a mere 300.

“Nine of them paid the supreme sacrifice including William Cockman one of the sons of James and Emma Cockman from Cockman House.

“Wanneroo farmer Percy Ainger, who enlisted at 17, survived the Western Front but died soon after he came home.

Poultry farmers James and Sarah Bennett of Lake Pinjar lost three of their sons in World War I.

“Like many others the whereabouts of James’ grave is unknown as is the grave of C Knight of Wanneroo of whom little is known.

“Richard Smales also of Lake Pinjar was buried by a shell in a dugout in France.

Richard Waltham died of wounds at the age of 22 in France while he was a prisoner after a night raid.

He had been hit in the forehead by a shell while assisting a wounded man (Lt Dobb) to safety.

“Ernest John (Dudley) White, who was the youngest of the three sons of Henry and Mary-Ann White – the first caretakers of the Yanchep Caves and Hunting Lodge, was killed on the Western Front.

In World War II other Wanneroo residents who paid the supreme sacrifice include Lacey Gordon Gibbs and his brother William Herbert Gibbs as well as Albert ‘Barney’ Facey junior who was killed in the fierce battle for Singapore in February 1942.

“You may recognise Barney’s name as the son of Albert Barnett Facey, who spent some of his life as a poultry farmer in Wanneroo and who became famous for his novel A Fortunate Life, in which he wrote about his own landing at Gallipoli.”

Cr Roberts said the young men who went to Gallipoli at maybe 17, 18 or 20 years old set off to serve their country on distant shores.

“Like many young men who enlisted maybe they expected the adventure of a lifetime.

“What they got could only be described as hell on earth.

“Many of them did not come back and of those who did come back many died of their wounds or were never the same.

“They paid dearly for us – for our freedom – they paid with their lives. 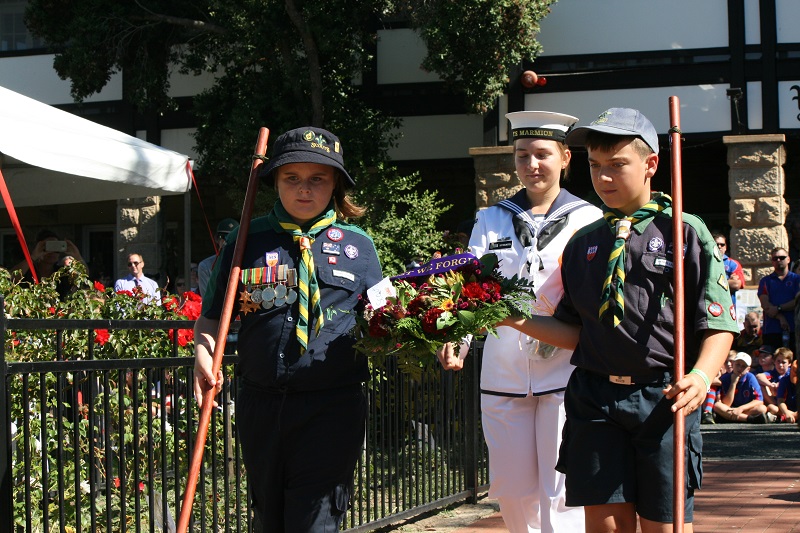