A YANCHEP woman used a relative’s health care card to try and cheat the Public Transport Authority of $10,155.

The woman was one of hundreds of Transperth passengers who have been caught fraudulently using concession SmartRider cards.

The Public Transport Authority said the Yanchep woman has repaid the money she claimed illegally.

The woman and other public transport passengers were identified as part of a special operation and are being made to repay the Public Transport Authority for their illegal travel.

“So far we have recouped more than $120,000 in revenue lost when people travelled on SmartRiders they were not entitled to use,” he said.

“In the interest of tax-payers, most of the money has been recouped in-full or through payment plans with some being pursued through the courts or debt collection.”

Mr Hynes said Transperth had the lowest rate of fare evasion in the county – less than one per cent, with more than 22 million fare checks conducted each year.

“The people caught during this operation are not what most people would consider typical fare evaders.

“They are tagging on and off using SmartRiders – the problem is they aren’t entitled to the discounted travel the card is getting them. 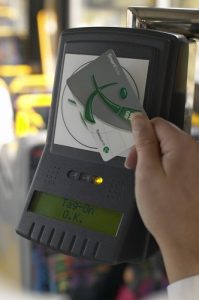 “For example, a passenger travelling from Mandurah to Perth and back each day should be paying $9.30 each way (after the 25 per cent discount for using an auto-loaded SmartRider).

“Instead, some have been paying just 60c each way using a student SmartRider.

“The gap between what they have been paying – and what they should be paying goes into the operation of public transport services in WA – it’s not fair that other passengers pay their way and they don’t.

“For this reason, Transperth has launched a campaign to remind passengers we are on the look-out for this type of offending.”