AN upgrade of Orange Springs Rd between Cowalla Rd and Brand Hwy is due to start this week after an appeal against the Shire of Gingin’s clearing permit was withdrawn.

Wildflower Society of Western Australia (WSWA) roadside vegetation sub-committee chairman Eddy Wajon said WSWA appealed against the clearing permit because it had been concerned about the impact of the road works on two species of priority flora and patches of the banksia woodland of the Swan coastal plain threatened ecological community.

On Thursday, February 6 Mr Wajon said WSWA had withdrawn its appeal after an on-site meeting between WSWA, the Shire of Gingin, Ecoedge (the Shire of Gingin’s flora survey consultant) and the Office of the Appeals Convenor.

Orange Springs Rd is part of the agricultural lime network from Lancelin to the Wheatbelt.

The upgrade, which consists of widening the bitumen seal and strengthening the base of the road, is needed to accommodate the increasing number of B-doubles and pocket road trains using the road to transport lime and other agricultural commodities.

About 400-500 heavy road trains and other trucks use the road each day during the months of February and March.

As part of its preparation to undertake the roadworks, the shire had applied to the  Department of Water and Environmental Regulation for a clearing permit to clear about 2ha of native vegetation along the road – primarily for where the road adjoins the Moore River National Park.

Mr Wajon said the meeting had been a win for everyone concerned.

He said being able to meet on-site meant the shire, which had done much to improve the practice of road-widening, could show WSWA exactly what was being cleared.

WSWA members had also been allowed to rescue plants in the clearing line and encouraged to get involved in future upgrades.

Mr Wajon said the group was not against all road upgrades as they knew some roads including those in the Wheatbelt could be dangerous without an upgrade.

But it wanted wanted local governments and Main Roads WA to identify high risk areas and high value ecological communities to which they could then apply road safety barriers and thus improve safety for motorists while preserving vegetation. 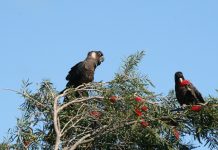 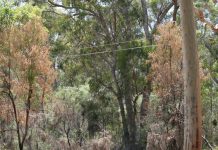 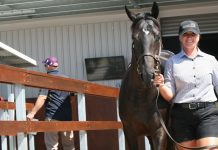