MUCHEA trainer Alan Mathews says the lightly raced Cornflower is a good chance at Ascot tomorrow while Celtic Diva who finished ninth last Saturday was having her first run since a spell.

Cornflower has drawn well and will carry 54.5kg in the Irish Day Handicap (1800m) compared with other runners who will carry more including Adornment (60kg) and Playing Marika (59.5kg).

Mathews said Cornflower had been first in a 1600m race at Northam on October 4 and then second in another 1600m race on Wednesday, October 14 at Ascot.

“It will be a bit of a test tomorrow but drawing one at the barrier means she should get a good run,’’ he said.

Mathews said before going on a break Celtic Diva had notched up three wins and three seconds from six starts in a lower grade.

He said Celtic Diva was a staying horse and on the path to loner races she would progress to a 1600m race next Saturday.

That would be followed by another 1600m and it could take three or four runs for her to get to a 2000m plus race.

Vintage Stock who won the Oktoberfest Handicap (2200m) last Saturday won’t start for another two weeks even though he would prefer her to race fortnightly.

In her next race she will go up in grade but down in weight.

Mathews said for attitude and the way she worked Vintage Stock was the best horse he’d had since Pounamu.

In December 2017 Pounamu won the Group 1 Kingston Town Classic and in January 2018 the Group 2 Perth Cup.

Despite showing early potential Vintage Stock had had little luck with barriers but he was still hopeful she would be successful.

“She’s Kiwi-bred, has a nice nature, works good and is a nice athletic type.’’ 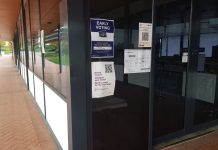 Early voting in Butler and Wanneroo 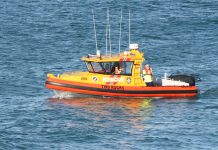 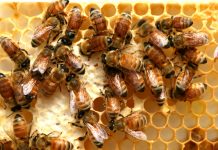 Join beekeepers for day of fun and learning

Early voting in Butler and Wanneroo

Join beekeepers for day of fun and learning