A SMART freeway development as far north as Hester Ave on the Mitchell Fwy is one of the projects announced in the 2020-21 WA State Budget on October 8.

Mr Quigley said in the south, on the Kwinana Fwy, the four sets of lights making up the smart freeway, had reduced travel time from Cockburn to Perth by 10 minutes.

He said the smart freeway development on the Mitchell Fwy should reduce travel time between Butler and Perth by 15 minutes.

Ms Saffioti said $300,000 to upgrade Old Yanchep Rd through the tourist road improvement program was also part of the Budget.

She said the McGowan Government was spending more than $260m a month on major transport infrastructure projects across the state, including $100m in regional areas.

The government has continued to fast track 11 major road projects across WA, as part of the building for tomorrow program – one of the projects is the Mitchell Fwy extension to Romeo Rd, expected to create 1200 jobs with early works planned for January 2021 and the contract award due later this year.

Education Minister Sue Ellery said the high priority maintenance and minor works program would continue to be rolled out around the state.

She said works had started at Wanneroo Senior High School for a new sports hall and hard courts worth $5m.

Ms Saffioti said included in the 2020-21 Budget was $184.7m for the Yanchep rail extension with three new train stations.

As previously announced by the McGowan Government the 2020-21 economic and fiscal said Synergy would receive an additional operating subsidy of $617.5m in 2020-21 to meet the cost of providing a one-off $600 tariff credit on the electricity bills of all of its residential customers (more than one million of them).

Horizon Power will receive an additional operating subsidy of $23.7m in 2020-21 to meet the cost of providing a one-off $600 tariff credit on the electricity bills of all of its residential customers (about40,000 of them).

The credits will roll out from November 1.

The economic and fiscal outlook also said the timing of the reopening of interstate and international borders was highly uncertain.

“For the purposes of preparing the forecasts in this Budget, Treasury has adopted the working assumption that interstate borders reopen from the June quarter 2021 and the international border reopens from the December quarter 2021,’’ the economic and fiscal outlook said.

“It is stressed that these are Treasury assumptions for forecasting purposes only, rather than government policy.’’ 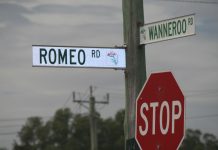 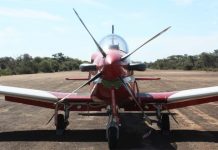 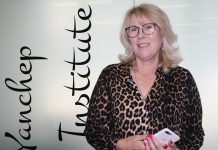