YOUNG people, who have been working hard to build their networks and showcase their skills to help them gain employment held a youth work expo in Clarkson yesterday.
JobTrainWA trainer and youth development officer Maxine Macdonald said the group of young people had invested a lot time in the past six weeks collaborating and self-marketing to build their employment networks while preparing themselves for employment.
Yanchep resident Chloe Shaw, 19, said she had gained so much more confidence in herself and her ability to secure employment from attending the employability skills training course.
“I believe more in my abilities and skills to succeed and now know how to write a professional resume and cover letter,’’ she said.
Mitchell Norton, 18, of Clarkson said during his time at JobTrainWA he learnt the fundamentals of how to present properly and formally to employers.
He said he and the others had also learnt how to get out of their comfort zones to market themselves in person and over the phone.
Paul Gregg, 20, of Clarkson said he had not known what to expect when he started the course.
“I really wasn’t expecting to leave with these skills I’ve learnt though and I’m thankful for that,’’ he said.
Matthew Grostate, 19, said at first he had thought the course was the worst possible thing he could do but it had turned out to be good and fun.
“Friendly people very polite, caring and can have a laugh also, he said.
“In the end I was very happy that I met those people and Maxine for not judging us straight away where most would have.
“(And for) not treating us like children and treating us like adults which I thought was class.
“I hope we keep in touch and good luck in the future.
“Thank you Maxine for everything.’’
JobTrainWA is a non-for-profit organisation, which helps youths (16 to 24-year-old) to gain employment through a government program. 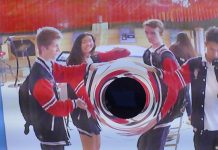