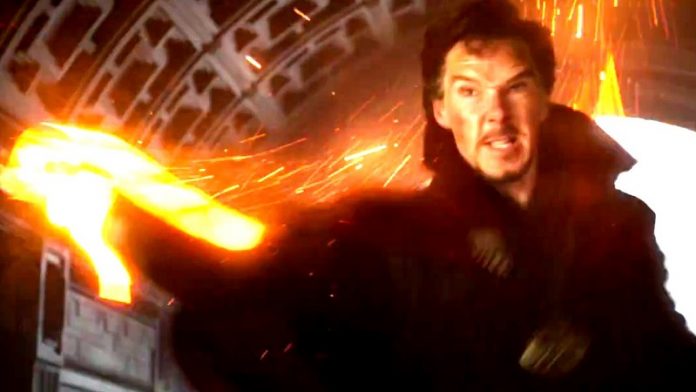 MARVEL tested the waters of magic with Avengers 2 Age of Ultron and Captain America 3 Civil War with the introduction of the character Scarlet Witch, and now they have dived straight into the deep end with what can only be called Mystically Marvellous: Doctor Strange.

Ant Man was a molecular marvel in comparison.

Doctor Strange is a fluidly grey indictment on morality and humility at the same time.

A career savant, with an eidetic memory for all things, Stephan Strange (played to conceited perfection by Benedict Cumberbatch) is one of the world’s leading neuroglial doctors, with an arrogance that could rival Caesar.

He comes undone the day he flagrantly speeds to a party around twisty cliff-side roads in his swanky Lamborghini, only to end up shattered and crippled at the bottom of the cliff with his hands mangled to mush and his superiority smashed to smithereens.

After spending his vast fortune on modern medicine, and pushing away the only person who loves him regardless of his haughty nature, he is left bereft and distraught looking for a more metaphysical answer to cure what ails him.

His travels take him to Kathmandu, with only a hinted promise and a shiny watch his only valuable possession (growing a scraggly beard that could rival any well-known pirate).

Strange’s only hope is to find a guru who can help him heal his busted body and return him back to the superior  human he always believed himself to be.

Here he finds Kamar-Taj, and a bald Tilda Swinton who plays a perfect Ancient One, a humble and powerful expert in Asian mysticism and philosophy that defies his egotistical excesses and beats him down slowly with undeniable proof of magic and it’s extremely profound powers.

Meanwhile an ex-student of the Ancient One has managed to bust in and steal an ancient ritual that can control time itself, and thus becomes the much needed villain of the piece, (played by Mads Mikkelsen who doesn’t get much of a chance to show his acting chops at all).

After some time mucking about learning how to astral project and opening mystic doorways to the fabulous library that holds the entire world’s really groovy spiritual knowledge, Strange finds himself drawn into a battle he never envisaged, and earns himself a cape of such coolness that even he can’t fathom.

And so is born the newest and strangest of Marvel’s super heroes, replete with magical time arm bands and a sexy new beard.

Without totally giving away the entire movie, Strange must overcome his naturally vain nature and fulfill a calling no one would have ever imagined.

There is a certainly small side love story involving Rachel McAdams, that while quite amusing and involves defibrillators and a powerful out of body experience , it possibly should have been given more time; but perhaps given the popularity of the Marvel universe they expect future additions to this story to fully fill out her character.

The mind bending visuals throughout are a worthy nod to the film Inception, ripping the local buildings up into Escher-esque worlds to battle and brawl among.

Altogether this addition to the Marvel Universe drags together the frayed tail ends of so many Marvel characters so that the inevitable monster mash of future films can easily come together and share the one world, the one universe, magic, and science, human strength and mutant awesomeness that the creators will need to pulverise together when in the not too distant future they bring all these magnificent Marvels together to explain why we have all been clinging to our chair in expectation in the first place.

Doctor Strange slots effortlessly into a canon that is built to satisfy every Marvel nerd world-wide, and does it magically with humble aplomb.