GINGIN trainer Ashley Maley says he has a concern with Why Choose Her backing up tomorrow in the Nicopolis Stakes (1200m) after her win at Belmont Park last Saturday.

But Maley said the Nicopolis Stakes was a good opportunity to get Why Choose Her into a listed race and on the positive side she had drawn well unlike some of her recent unlucky barrier draws.

Why Choose her has drawn barrier three and jockey Alan Kennedy retains the ride.

Last Saturday in the Ascend Sales Trophies Handicap (1200m) in a tactical ride Kennedy cut back behind Nerodio, who had been tending to race wide.

The switch to the inside of the track enabled Why Choose Her to just nail Nerodio on the line in a photo finish.

Prior to her win on September 12 the daughter of Choisir and Little Wonder Why last won on February 8 in Pinjarra and before that in August last year she had two wins with Maley agreeing she was probably in her best form since then.

“Her past few runs have been pretty good and she’s just needed a bit of luck,’’ he said.

Maley said he thought Celebrity Queen would the biggest challenge tomorrow though River Dance might be under rated so he could not be discounted.

He expects Cliffs of Comfort from barrier two to set a cracking pace and to a lesser extent Money Matters who would have to get across from barrier seven.

But Maley said the five-year-old mare would not be entering the speed battle and the aim was for her to settle midfield.

If able to run her own race she would then be able to take advantage of the burst of speed she was capable of in the straight and the last 200m.

He rates Double Digit’s chances later in the day in the Crown Perth Handicap (2100m) even though he will be carrying 59.5kg. 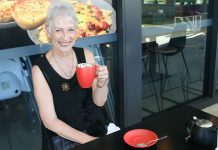 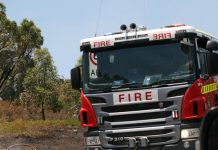