THE Yanchep Redhawks have the game in the balance heading into this weekend after fighting back from a tough start to post a competitive total at Leatherback Park.

It was a tough weekend for a lot of Yanchep players as the raging bushfire resulted in them having to move their home game as Splendid Park became a launchpad for helitacs and with people being trapped in their homes or scattered around their F grade game was cancelled.

The temperature was scorching in the early 40s but a strong sea breeze offered some relief as Joondalup-Kinross (JKCC) made the surprising decision to bowl first after winning the toss.

But they made a perfect start as Daniel Stockwell nibbled the ball off the seam to bowl Sam Christie shouldering arms to one he should have played.

Aiden Sivic and Sajan Karsan fell soon after as Yanchep were 3-3 inside the first five overs.

The outfield was slow and the relatively unused surface meant the pitch was slippery and hard to run on.

Barry Gardner and Kevin Hall steadied briefly with Gardner in particular looking strong square of the wicket before both fell leaving Yanchep at 5-47 and on the brink.

But the Redhawks did not fold as captain Michael Knight and keeper Sam Wilton came together and put on a 117-run partnership.

After surviving the openers both Knight and Wilton feasted on the JKCC spin bowlers who looked non-threatening and both batsmen grew as the innings continued.

Knight as always was strong on the cut and pull shot before both he and Wilton started sweeping powerfully as the spinners erred in length and lacked any consistency.

The opening bowlers were brought back but Wilton and Knight were set and continued to build – both posted 50s leading Yanchep to a commanding position.

Their stand was finally broken when Knight was out caught for 65 and Wilton was removed for 57 a short time later but both showed exemplary skills in tough conditions to lead their team out of the mire.

The tail pushed the total to 203, a remarkable total given where Yanchep found themselves, with Alex Keay being the last man out bowled for 17.

This left a tricky nine overs for JKCC to survive which they did unscathed putting on 25 runs to leave the game firmly in the balance for day two. 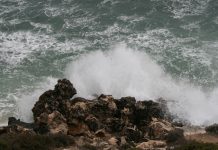 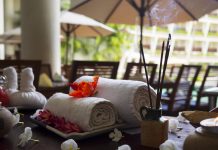 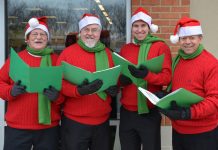