GROSS rental values across the metropolitan area, including the City of Wanneroo, have on average been reduced by 13 per cent – the first time in 20 years that the average gross rental values for metropolitan properties have been lowered.

The fall in gross rental values has implications for metropolitan local governments, which are working on their 2020-21 budgets and most of whom have committed to zero rates increases while they and their ratepayers try to cope with the financial effects of the COVID-19 pandemic.

A Landgate spokeswoman said on average, a 13 per cent reduction in GRVs had occurred across metropolitan Perth compared with the existing GRVs (which reflect a ‘date of valuation’ of August 1, 2015). ​

“This average is reflective of the City of Wanneroo property values, which have seen a decrease from 2015 valuations,’’ she said.

The Shire of Gingin falls outside the metropolitan area and so is not part of this revaluation program.

Between dates of valuations the GRVs stay the same – for example rate notices for a City of Wanneroo resident show the GRV was 13260 for both the 2018-19 and 2019-20 financial years.

This is because when setting their rates each local government sets their own rate in the dollar to be charged.

The rate in the dollar is then multiplied by the GRV, with the local government adding any levies (such as rubbish collection) to calculate the total amount of rates payable.

On April 7 the City of Wanneroo voted to base the development of the city’s 2020-21 budget on having a 0 per cent increase on annual rates per property (subject to no change in valuation) and city-set fees and charges, including waste services.

On April 9 the WA Local Government Association (WALGA) warned that households and businesses across the state would be denied a freeze on their council rates without urgent action to avert statutory property revaluations.

WALGA President Tracey Roberts, who is also the Mayor of the City of Wanneroo, said almost all WA local governments recently committed to a zero rates increase this year in recognition of the widespread hardship caused by the COVID-19 pandemic.

“But the WA Local Government Association has identified that while councils may intend to set budgets with zero rates adjustments, individual ratepayers may still face increases,’’ she said.

“Depending on the type of property, each ratepayer is apportioned rates based on the asset’s rental or unimproved value – determined by the Valuer General’s Office – relative to the value of all properties in their community.’’

She said if the revaluation processes were to proceed this year, then some individual ratepayers could end up paying more despite the best intentions of their council to keep rates unchanged.’’

On its website Landgate says GRVs are determined from a range of factors including property location, building age and the number of bedrooms and bathrooms.

“The sustained property market downturn over the past few years has resulted in an average 13 per cent reduction in GRVs compared with the existing values which were determined in 2015,’’ the post says.

The new GRVs will take effect on July 1. 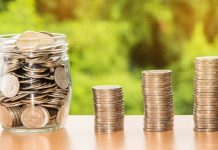 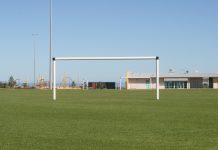 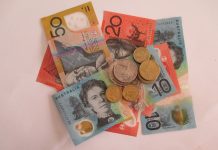