YANCHEP Dolphin Little Athletics Club members were among those celebrating the official opening of the Yanchep Active Open Space on Saturday, March 24.

Residents were able to enjoy face painting and a sausage sizzle to mark the opening of the $8.3 million project.

City of Wanneroo Mayor Tracey Roberts, who officially opened the playing fields said residents had been looking forward to having the sporting complex for some time.

“We acknowledge the assistance provided by Yanchep Beach Joint Venture in facilitating the early provision of a site for this much needed facility, and development of the access road,” she said.

“With the support from the Yanchep and Two Rocks developers, I feel very proud that this wonderful community sporting space can now be enjoyed by a variety of different sporting clubs, catering for both summer and winter sports.”

Cr Roberts said the city had engaged with the key stakeholders throughout the development of the project, with the clubs’ input greatly informing the detailed design of the facilities. 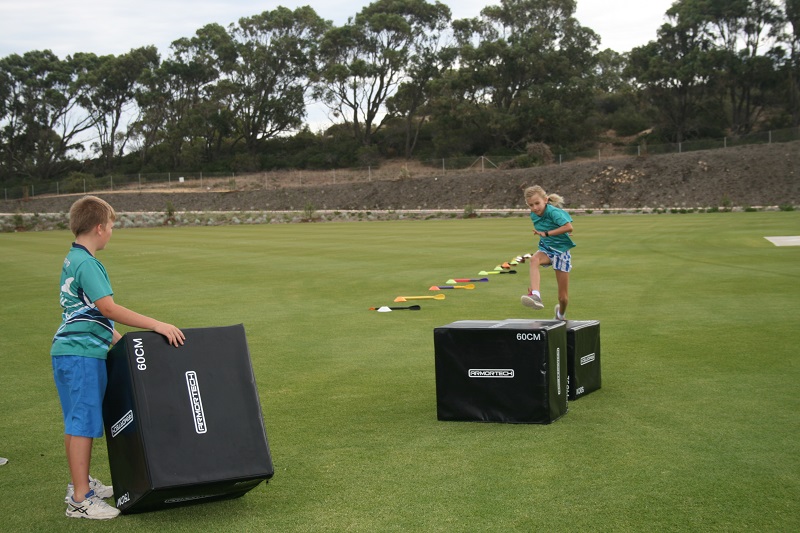 The playground is expected to be completed in April and the open space also has perimeter fencing, pathways, passive recreation areas, car parks and drop-off facilities.

“The multi-purpose and meeting room walls can be retracted to create a huge area and the doors to the veranda can also be completely opened, allowing functions to use the outside space as well.

“It is an incredibly versatile facility that will meet the needs of our local community.”

The city received a grant of $1.74 million from the community sport and recreation facilities fund for the open space and building.

In August last year Capricorn Beach estate sales agent Richard Cull said when completed the Yanchep sporting fields would be used and enjoyed by Yanchep residents as well residents in neighbouring areas such as Two Rocks.

“This new sporting facility is just one of several major infrastructure projects planned for Yanchep including the $12m neighbourhood centre at Capricorn Beach Estate which recently started construction as well as the new railway station that will begin operations in 2021,’’ he said.