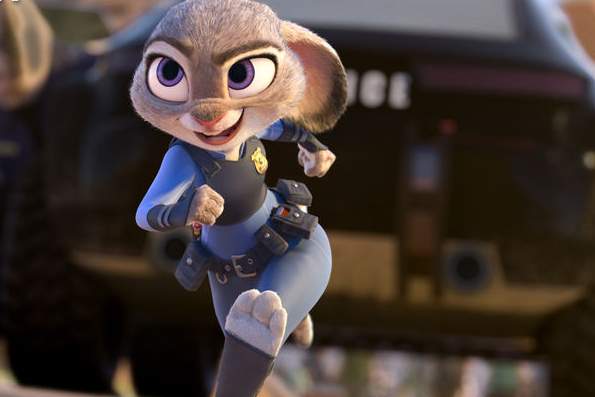 AS a child I was raised on a steady diet of Aesop’s fables, and their moral teachings have stayed with me through to adulthood.

And of course I brought my own daughter up the same way; there is just something special about animals that can teach us more about humanity than actual human characters in a story.

Perhaps it is because we can identify better with animals, because humans are just so complex and hard to understand sometimes.

The good people at Disney have been using animals to express important messages and themes for years, and they have really excelled themselves this time with the animated excellence that is Zootopia.

In a universe (zooniverse) that is compiled by every sort of anthropomorphic critter and creature, predator and prey live in reasonable harmony in one big melting pot of diversity.

Generally speaking, the predator types tend to take the tougher positions such as law enforcement, and prey are more likely to be the gentle farmer types, however one little bunny dreams big.

Judy Hopps (voiced by Ginnifer Goodwin) grows up believing everyone can be anything they choose and sets out to become Zootopia’s first bunny police officer.

But when she gets to the big city she finds it hard to fit in, and is assigned the asinine job of parking inspector instead of fighting crime and righting wrongs.

Even when no one else believes in her, she keeps faith in herself and finds herself given a very short window to prove her mettle when a citizen goes missing.

She enlists the help of a reluctant fox called Nick Wilde (voiced by Jason Bateman) to track him down and expose an even bigger crime that goes all the way to the top.

Exploring such themes as tolerance, racism and believing in yourself no matter what, Zootopia is a beautiful modern day fable that even Aesop himself would admire and respect.

With colourful characters, and a story that isn’t convoluted, and some very amusing sloth humour, Zootopia is a deeply delightful story for youngsters and adults alike.